Definition of Sugar: Sugar is a sweet, crystalline material that consists wholly of sucrose. It is white or colorless when pure, but more of a brown color when less refined. Sugar is obtained from sugarcane or sugar beet, and other sources, though less commonly. It is a source of dietary carbohydrate and also a sweetener and preservative in other foods.

How to Use Sugar in a Sentence

What does sugar mean? Sugar is a noun. It refers to the sweet, usually white, crystallizable substance used to sweeten and preserve beverages and other foods. 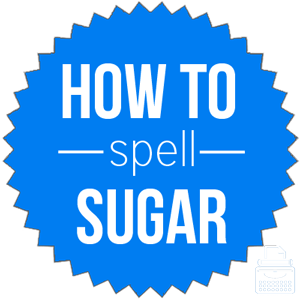 Sugar is occasionally used as a verb, but when it is, it is the act of making something more attractive or appealing, or, sprinkling or mixing with sugar.

As an intransitive verb, it also involves forming or converting into sugar or making maple syrup or sugar from sap.

Phrases & Idioms That Use Sugar

Sugar coat: (figuratively) to make more attractive, acceptable, or appealing than something really is; (literally) to coat an item in sugar.

Sugar cube/lump: a portion of sugar in the shape of a cube.

Sugar/sweeten the pill: to make something that is unpleasant less difficult to accept or manage.

Sugar: a term of endearment usually used by couples as a pet name.

According to Merriam-Webster’s, sugar was first used in the 14th century.

Ultimately, the origins can be traced back to Sanskrit, sarkara, grit, ground sugar, which is related to Sanskrit sarkara pebble.

There are a couple synonyms for sugar, though they are rarely used as they are scientific names for the pure substance.

Outside Examples of Sugar

Sugar can function as a noun or a verb. Most commonly, sugar is used as a noun and refers to the white, crystalline substance used to sweeten and preserve other foods and beverages. The verb form usually involves making something sweeter or coating it with sugar.