English is a versatile language, and hyphenation is one of the most important tools for achieving this versatility. Simply by adding a hyphen, we can string several words together to form new descriptions, or even transform verb phrases into nouns and adjectives.

You can do just this with the phrasal verb sign up, which acts as a noun or adjective when hyphenated.

Many writers, however, aren’t sure of the proper usage cases for these two forms. Misuse breeds confusion, and the rules of hyphenation are not always easy to understand.

That said, let’s take a look at these two words in order to clear them up.

In this article, I will compare sign up vs. sign-up. I will use sentence examples to demonstrate the proper use of each word, and, at the end of the post, I will also show you a mnemonic device that will allow you to choose sign-up or sign up correctly every time you need to use one of these words.

Is sign up one word or two? When used as a phrasal verb, sign up is always spelled out as two words.

As a noun, sign-up means the action of enrolling for something.

As an adjective, sign-up modifies a noun, usually an object used for registering for things.

Is sign-up one word or two? When used as a noun or adjective, sign-up always appears as a hyphenated word. In accordance with AP Style, you should never see sign-up spelled as one word signup. 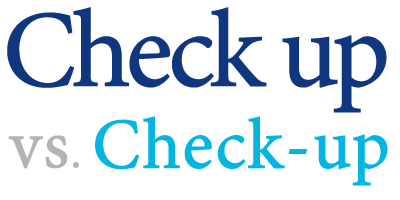 As a reminder that sign-up is the adjective form, remember that many other hyphenated adjectives exist, like wine-soaked, front-loaded, and burger-munching. The hyphen in this word thus becomes your clue that it forms an adjective.

Is it sign up or sign-up? Both of these words have all the same letters, but their punctuation turns them into different parts of speech.

If you need a quick refresher, you can always reread this article whenever you feel the need.