Have you ever been watching a nature show on television and not known the names of some animals? There are millions of different animals, and many of them have their own unique names.

Even some common animals can be confusing. For instance, an opossum and possum. Many people don’t know these are actually two different animals. Or, take today’s two animals: the hare and the rabbit.

What is the Difference Between Hare and Rabbit?

Sometimes, people use hare and rabbit interchangeably, and most of the time, it doesn’t make a big difference. Both animals are members of the Leporidae family, so they are already relatives. Plus, they share a lot of the same features.

But, it is important in scientific and technical contexts to know the difference because, after all, these are different animal groups.

In this article, I want to compare hare vs. rabbit. Let’s take a look at these two animals and see exactly what makes them different.

When to Use Hare 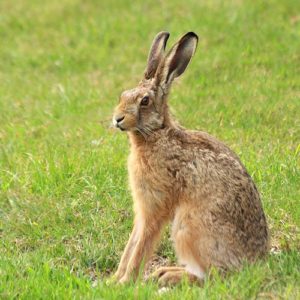 What is a hare? A hare (scientific name Lepus) is a type of large rodent, usually found in grassland or open woodland. The hare species can be found all across the globe, and they are native to Africa, Eurasia, North America, and the Japanese archipelago.

Features of the Hare 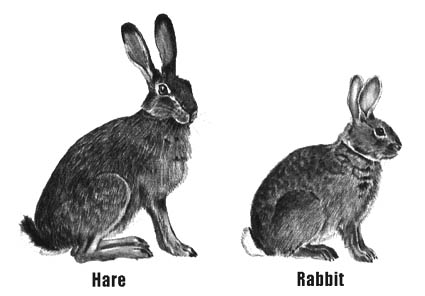 Going solely on appearance, hares are larger than rabbits, with larger ears and larger hind feet. Depending on the season, the fur on a hare can change color, too. Certain species of hares will change from white fur in the winter to reddish-brown fur in the spring and summer.

Their typical pregnancy lasts 42 days, which is slightly longer than that of a rabbit (30-31 days), but the biggest difference between the two is how they are born.

Newborn hares are born fully developed. They are covered in fur with open eyes.

The two animals also have different nests. A hare spends its life completely above ground, while rabbits make burrows underground, which is where they have their babies.

When to Use Rabbit 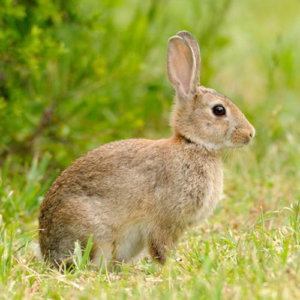 What is a rabbit? A rabbit (scientific name oryctolagus cuniculus) is another type of rodent, usually smaller and more social than a hare.

More than half of the world’s rabbit population can be found in North America, but they are also native to southwestern Europe, Southeast Asia, some islands of Japan, and in parts of Africa and South America.

The difference between a bunny and a rabbit is informal. Bunnies usually imply a young, small rabbit. See here for a further discussion.

Features of the Rabbit 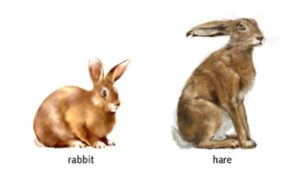 Unlike the hare, which lives solitarily or in pairs, the rabbit lives in groups, making it a much more social creature. This is probably why people have taken to domesticating rabbits and not hares.

Compared with hares, rabbits are generally physically smaller. They share similar habits, diets, and are also quick breeders. As mentioned above, rabbits dig burrows underground to bear young, and their offspring remain immature for much longer.

Also, the fur of a rabbit stays the same color year round, contrasting with that of a hare.

Now that you know the difference between a rabbit and a hare, what is Bugs Bunny? Is this famous cartoon character a hare or a rabbit?

Bugs Bunny claims to be a hare, but he is famous for hiding in his burrows to escape Elmer Fudd, so he appears to have a conflicting story.

Is it hare or rabbit? A hare and a rabbit are two different kinds of small woodland rodents. They appear superficially similar, but they are different species.

If your writing requires taxonomically precise animal identification, you should be sure to learn the biological differences between these animals.

In most informal situations, though, people will know what you mean if you just use rabbit.

If you still need help, you can always reread this article for a quick refresher of rabbit vs. hare.