Definition of Recycle: To recycle is to reuse or make something available for another use or to adapt (something) to a new use.

How to Use Recycle in a Sentence

What does recycle mean? Recycle is a verb. Recycle refers to the process of reusing or repurposing something that would normally be garbage or waste.

Recycle also means to process certain pieces of waste, such as plastic, cans, glass, and cardboard to make them usable again. 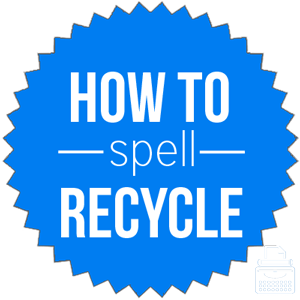 Acting as gerund, recycling can function as a noun. Recycling is formed by adding “-ing” and dropping the “-e” from recycle.

Recycling is also the present participle form of the verb recycle.

Additionally, recycling can function as an adjective.

Anything that can be recycled is called recyclable. Recyclable is an adjective and is formed by dropping the “-e” from recycle and adding “-able.”

Recyclable may also function as a noun when referring to items that are or will be recycled. This form of the word is typically used in the plural.

Phrases That Use Recycle

Reduce, reuse, recycle: a common phrase that has become a slogan around the world, promoting the reduction of garbage and the increase in reusable items.

According to Merriam-Webster’s, the word was first used in 1925.

While there are no exact synonyms for the word recycle, as it refers to a specific process, there are some related words that can be substituted in some cases.

Outside Examples of Recycle

Recycle is a verb meaning to reuse or process something to be used again.

The gerund and present participle of recycle is recycling.