Definition of Receipt: Receipt is the act of receiving something or the fact that something has been received. A receipt is also a written acknowledgment of the receiving of money or the payment for goods or services. It also refers to the act of giving a receipt for the payment or purchase of something.

Pronunciation of Receipt: Receipt is pronounced ruh-seet. The “-p” is silent. Receipt rhymes with deceit and conceit.

How to Use Receipt in a Sentence

What does receipt mean? Receipt usually functions as a noun referring to a written, electronic, or printed acknowledgment of the payment for goods or services, or the fact that something or an amount of money has been received. 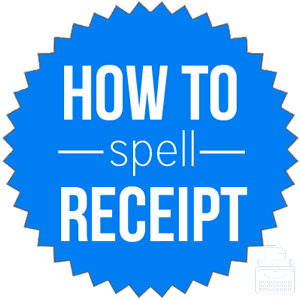 Rarely, the word receipt functions as a verb.

As a verb, receipt means to mark as paid, as well as to give a receipt or acknowledge that something has been received.

Phrases That Use Receipt

There aren’t very many phrases or idioms that use the word receipt.

Be in receipt of: to have received (something).

The word comes from Middle English from the Old French word receite, which comes from the medieval Latin word recepta, meaning received, or medical prescription, of recipere, to receive. The silent “-p” was added to imitate the Latin spelling.

When looking for a word to replace receipt as the act of receiving something, the following synonyms may be used.

When referring to the written acknowledgment, the following words can replace receipt in some cases:

Outside Examples of Receipt

Receipt is most commonly used as a noun to refer to the document received upon purchase of or payment for goods or services, or to the act of receiving something.

Very rarely, receipt is used as a verb meaning to write a receipt or to mark as paid.