Spelling of Possess: Possess is spelled p-o-s-s-e-s-s. There are two sets of double “-s’s”; one in the middle and one at the end.

Definition of Possess: Possess means to have and hold, either property, a skill, ability or knowledge. It also means to seize and take control of, as in to take into one’s possession or to bring into someone’s or something’s influence or control, as in an emotional state.

How to Use Possess in a Sentence

What does possess mean? Possess is a transitive verb. To possess something means to have or to own (something or someone). Also, one can possess or have specific knowledge or a skill, quality, or ability. 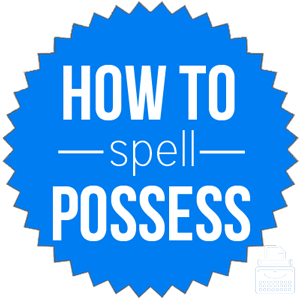 Possess also describes the act or state of entering into or taking control of someone or something, as in a being that is under the control or influence of an emotion or even a spirit.

Additionally, in grammar, a possessive is a word or group of words and symbols that denotes ownership or possession.

The word possess was first used in the 14th century, according to Merriam-Webster’s.

Possess, as in to keep or control, has a few synonyms that can replace it:

Outside Examples of Possess

Possess is a verb most commonly used to mean to own, have or control as one’s own. It may also refer to the state of being controlled or heavily influenced by another, an emotion, or even a spirit.