Definition of Phone: Phone is short for telephone. It is a piece of technology that is used to make voice calls to other people who also have phones. In the modern world, there are different types of phones, including landline phone, cellular phones, satellite phones, smart phones, etc.

Pronunciation of Phone: Phone is pronounced fone. The “ph-” combination makes an “f” sound and the “-o” is long because of the “-e” on the end. The word phone rhymes with drone.

How to Use Phone in a Sentence

What does phone mean? Phone can function as a noun or verb. A phone is a piece of technological equipment used to communicate via voice calls with other people who also have a telephone. 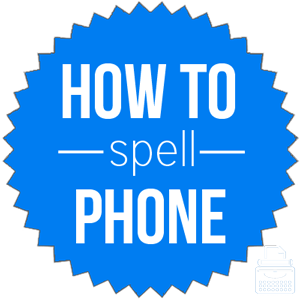 Phrases & Idioms That Use Phone

Phone it in: to do something with little interest or in a careless way.

The word phone was first used in 1885, according to Merriam-Webster’s.

The noun version of phone does not have any real synonyms as it is the name of a specific object. However, there are a few synonyms that can replace phone when it’s used as a verb:

Outside Examples of Phone

Phone is the abbreviation, or short form, of the word telephone. It can function as either a noun or verb.