Spelling of Oregon: Oregon is spelled O-r-e-g-o-n. Since Oregon is a proper noun, don’t forget to capitalize the “-O.”

Oregon was also used early on as the name of the modern-day Columbia River. This name was used before Captain Robert Gray renamed the river following his discovery of the mouth of the river.

How to Use Oregon in a Sentence 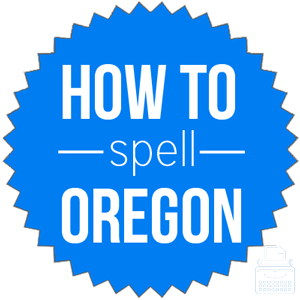 What does Oregon mean? Oregon is a state in the United States that consists of the Coast and Cascade Ranges in the west and a plateau in the east.

It is a noun—a proper noun—as it’s the name of a specific place. Oregon is abbreviated Oreg., Ore., and OR. The state is bordered by Washington to the north, Idaho to the east, and California and Nevada to the south.

Here are some examples of it in a sentence,

Less commonly known, Oregon is also the name of a city in northwestern Ohio, another state in the U.S.

Since it is the name of a specific place, and thus a proper noun, there are no synonyms for this word.

Outside Examples of Oregon

Oregon is a state in the northwestern United States of America that borders the Pacific Ocean.