Definition of Nozzle: A nozzle is a projecting piece with an opening that regulates and directs the flow of a fluid, as at the end of a hose. Nozzle is also slang for nose, as in the feature of the face that bears the nostrils and nasal cavity.

How to Use Nozzle in a Sentence

What does nozzle mean? Nozzle is a noun. A nozzle can be a projecting vent of something or a short tube or spout that’s tapered or constricted so as to increase the velocity or direct the flow of fluid. There is usually a nozzle at the end of hoses, pipes, and tubes. 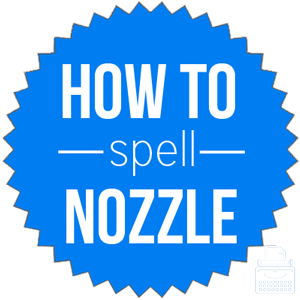 Nozzle is also a slang term for nose.

The word nozzle was first used in 1683, according to Merriam-Webster’s.

Nozzle is derived from Middle English noselle, meaning a socket on a candlestick, and is the diminutive of nose.

Nozzle doesn’t have any synonyms for its primary definition as a tube or spout, however, it does have several for its slang use for nose. The following synonyms are mostly other slang or idiomatic terms for nose:

Outside Examples of Nozzle

Nozzle is a noun with two meanings. The first and primary definition of nozzle is a spout, vent, or short tube with a taper or constriction, as at the end of a hose, pipe, or tube, to control the flow of fluid. The second use of the word is as a slang term for nose.