Definition of Mozzarella: Mozzarella is a type of cheese. It is a mild white Italian cheese with a springy texture. It is most often used in cooking and eaten melted on other foods like pizza, pasta, and nachos.

Mozzarella cheese is traditionally made from the milk of the water buffalo, though there exist varying qualities of mozzarella made from cow’s milk.

How to Use Mozzarella in a Sentence 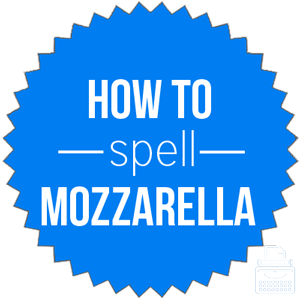 What does mozzarella mean? Mozzarella is a noun. It is a white Italian cheese with a mild flavor and a smooth, rubbery texture. Often called mozzarella cheese, it is unsalted and unripened. It is commonly shredded and put on pizza.

Phrases That Use Mozzarella

According to Merriam-Webster’s, mozzarella was first used in the year 1911.

The word mozzarella comes from Italian; the diminutive of mozza, meaning a cut or type of cheese, from mozzare, meaning to cut off, which comes from mozzo, meaning cut off or docked.

Ultimately, it comes from the Vulgar Latin word, mutius, which was altered from the Latin word mutilus.

The word mozzarella is a specific name of a particular type of cheese, and thus, has no synonyms.

Outside Examples of Mozzarella

Mozzarella is a type of Italian cheese that is mild in flavor and white in color. There are no synonyms for mozzarella as it is the name of a specific type of food.