Definition of Mercy: Mercy is forgiveness or compassion given to someone who is an offender or under the authority of another. In religion, mercy is compassion or a blessing from a divine being.

Pronunciation of Mercy: Mercy is pronounced mur-see. The “-c” is soft and sounds like an “-s.”

How to Use Mercy in a Sentence

What does mercy mean? Mercy is a noun referring to compassionate or lenient treatment of someone who is to be punished for an offense or who is subject to another’s power.

Imprisonment rather than the death penalty for a murderer would be an example of mercy. 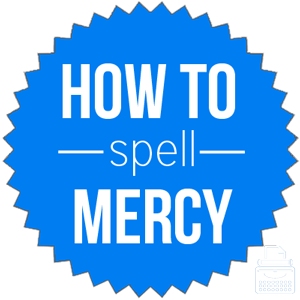 Mercy also has a religious meaning; it is considered a divine favor or compassion shown by a deity, such as God.

Mercy can also refer to an act of relief or compassion for someone or something in distress.

Phrases That Use Mercy

At the mercy of: under the power or control of; having no ability to save oneself against.

According to Merriam-Webster’s, mercy was first used in the 13th century.

Mercy comes from Middle English from the Anglo-French word merci, pity or thanks, which originates from Medieval Latin merced-, merces, reward.

There are several synonyms for the word mercy. However, the correct word depends on the meaning and context.

Outside Examples of Mercy

Mercy is a noun referring to leniency in punishment for an offense or while subject to another’s power. It also refers to a divine favor or compassion shown by God or some other divine being.