Definition of Medicine: Medicine is a substance used in treating an affliction, illness, or disease. Additionally, medicine is the science and study of substances and preparations that help maintain health, as well as treat, cure, and prevent diseases and sicknesses.

Pronunciation of Medicine: Medicine is pronounced med-i-sin. The “-c” is soft, sounding like an “-s”, and both the “-i’s” are short despite the “-e” on the end.

How to Use Medicine in a Sentence

What does medicine mean? Medicine is a noun. It refers to either the actual substance used to treat and prevent illnesses and diseases or to the practice of studying and dealing with the diagnosis, prevention, and treatment of disease or illness.

Phrases & Idioms That Use Medicine 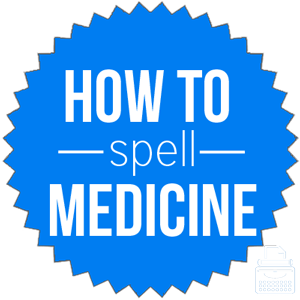 A dose/taste of one’s own medicine: treatment that is similar to the rude or unpleasant way someone has treated others.

Western medicine: an overarching term describing the methods of treating and curing diseases that are taught in Western medical schools and hospitals.

Family medicine: the specific practice of providing general medical care to people of all ages.

According to Merriam-Webster’s, medicine was first used in the 13th century.

Medicine is from Middle English, having come from Old French from the Latin word medicina which comes from medicus, meaning physician.

For the definition of the word medicine as a specific substance one ingests to prevent or cure some illness, there are a few synonyms that can be used to replace the word.

Outside Examples of Medicine

Medicine is a noun. It refers to the entire field of the study and practice of preventing, treating, and curing disease or to the preparation used to treat or cure a specific ailment or disease.