Definition of Mansion: A mansion is a large, stately house; a manor house. A mansion is typically owned by a wealthy person as such large dwellings are costly. Hugh Hefner is the owner of what is likely one of the most famous mansions in the world.

Though it is rarely used and not well known, mansion is also used in Oriental and Medieval astronomy to refer to each or any one of the 28 divisions of the moon’s monthly path.

How to Use Mansion in a Sentence 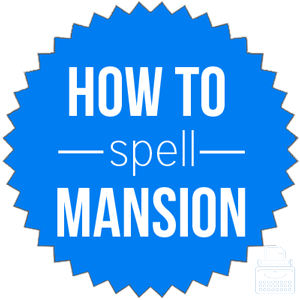 What does mansion mean? Mansion is a noun. A mansion is a very large, impressive, expensive house or residence. Mansion is also another word for manor house, though it’s not common.

The word mansion was first used in the 14th century, according to Merriam-Webster’s.

In the 13th century, the Latin word mansionem – the past participle stem of manere, to stay, abide – meant a staying, a remaining, night quarters, station. The Greek word, menein, meant to remain, while the Persian word mandan meant the same.

From sometime in the 1510s, the definition was a sense of any large and stately house. The word was also used in Middle English to mean a stop or stage of a journey; this is probably the origin of the astrological sense, temporary home.

There are several other terms that can sometimes be used to replace mansion, though most of them cannot always used interchangeably.

Outside Examples of Mansion

Mansion is a noun. A mansion is a large, impressive residence that is much bigger than the average house.