Definition of Field: A field is an open area of land free of woods and buildings. There are a variety of types of fields, each dedicated to different activities or purposes.

Field may also refer to the area or division of an activity, subject, or profession, or to the location in which a specific type of work is completed for a particular industry. A field is also a region or space in which a particular effect exists, such as a magnetic field.

As a verb, field means the act of taking care of or responding to something, such as a request; providing an impromptu answer or solution to something; and, to catch or pick up (something) and, usually, throw to a team member.

How to Use Field in a Sentence

What does field mean? Field can function as a verb, adjective, and noun. Most commonly, field functions as a noun referring to a cleared area of land, or an area of land with a specific use, such as a soccer field, or to a specific area of study or work, similar to an industry. 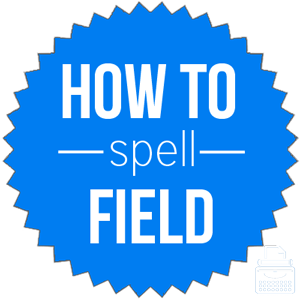 As an adjective, field describes anything relating to any kind of field.

Phrases & Idioms That Use Field

From the field: (in football) in field goals as opposed to free throws.

Take to the field: to begin or resume an activity, such as a sport or military operation.

In the field: in actual use or application; away from the office, lab, or workshop.

Play the field: to vary one’s activities; to date more than one person.

Field was first used in the 12th century, according to Merriam-Webster’s.

Field may be replaced by the following words when it is used to mean an area of open land:

The following words can be substituted for field when it refers to a particular area of study or work:

Outside Examples of Field

Field can function as a noun, verb, and an adjective. It is most commonly used as a noun referring to a clearing of land without trees or buildings and having a specific purpose, or, to a specific area of study or work.