Definition of Enthusiast: Enthusiast refers to a person that is full of enthusiasm and is strongly attached to a cause, object, pursuit, or interest.

An enthusiast is full of excitement about something and might be totally absorbed in a given interest or cause.

How to Use Enthusiast in a Sentence 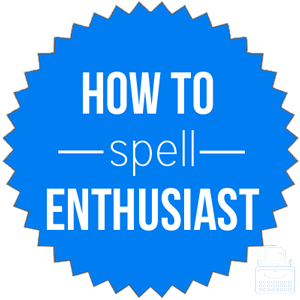 By adding “-ic” to enthusiast, the adjective enthusiastic.

Phrases That Use Enthusiast

According to Merriam-Webster’s, this word was first used in 1570.

This word comes from the Greek word enthousiastes, meaning possessed person, which is derived from enthousiazein, meaning to be inspired.

There are several synonyms for the word enthusiast. Some of them have a more negative connotation than others. Keep this in mind when selecting a word to replace enthusiast.

Outside Examples of Enthusiast

The word enthusiast refers to a person who is very excited about or interested in a particular subject.