The most common types of emergencies are medical and natural, for which medical treatment and/or humanitarian relief is required.

How to Use Emergency in a Sentence

An emergency is a combination of unforeseen circumstances that result in a situation in which assistance, relief, or attention is immediately required. 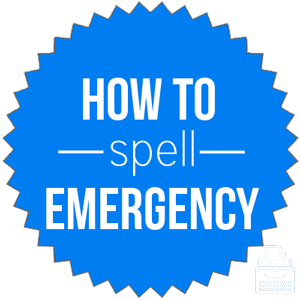 Sometimes, the word is used as an adjective to describe something that is used in or required for emergencies.

Phrases & Idioms That Use Emergency

State of emergency: the situation of a country, company, etc., in which immediate assistance and attention are required due to some catastrophe or unexpected and/or destructive events.

Emergency room: the part of a hospital to which people with serious medical issues go for immediate treatment or care.

Emergency landing: an unscheduled airplane landing made under certain circumstances that make it impossible to continue the flight.

The word emergency was first used in, approximately, 1631, according to Merriam-Webster’s.

There are some synonyms for emergency, though it’s important to use the best word given the context, as some of the following words do not convey the same sense of urgency.

Outside Examples of Emergency

The word emergency is most commonly used as a noun referring to a situation in which immediate action or attention is required.

There are several types of emergencies. Less commonly, emergency is used to describe items that are used in or related to emergencies.