Definition of Diagnosed: The word diagnosed is the past tense form of diagnose. To diagnose something is to determine or recognize (something) based on signs and symptoms.

It also means to analyze the cause or nature of (something).

Most commonly, doctors diagnose patients, meaning they determine the disease or condition from which a patient is suffering.

How to Use Diagnosed in a Sentence

What does diagnosed mean? The word diagnosed is the past tense form of the verb diagnose. This word can be used transitively and intransitively.

To diagnose someone or something involves identifying a disease, problem, etc., by diagnosis—observing the symptoms and signs. 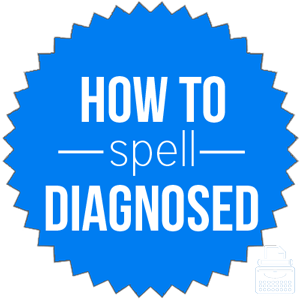 To diagnose also refers to analyzing the nature or cause of something and making a diagnosis.

Phrases & Idioms That Use Diagnosed

Diagnosed with: a phrase often used when telling someone about one’s diagnosis.

The word diagnosed was first used in English around the year 1859, according to Merriam-Webster’s.

There are a few words that can replace diagnose, diagnosed, though not all of them are exact synonyms for the word:

Outside Examples of Diagnosed

The word diagnosed is a verb; it is the past tense form of the verb diagnose.

To diagnose something or someone involves looking at the signs and symptoms and determining the condition or cause.