Spelling of Buddha: Buddha is spelled B-u-d-d-h-a. Since it is the name of a person, the first letter, “-b”, must be capitalized.

Definition of Buddha: Buddha has a few senses, all of which relate to the religion of Buddhism.

First, Buddha is known as the founder of the religion, Buddhism, and was originally known as Siddhartha Gautama.

Second, it may refer to one who has attained Buddhahood, having achieved a state of perfect spiritual enlightenment and nirvana.

Finally, Buddha is often used by itself to mean any statue or representation of Buddha.

Pronunciation of Buddha: Buddha is pronounced boo-da. The “-h” is essentially silent and the “-u” is long.

How to Use Buddha in a Sentence 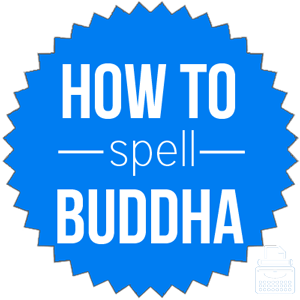 What does Buddha mean? Buddha is a proper noun as it refers to a specific being. Originally known as Siddhartha Gautama, Buddha now refers to the idol or deity being that is worshipped by Buddhists—those who subscribe to the truths of Buddhism.

Still, Gautama is considered and called “the Buddha.”

Less commonly, Buddha is also used to refer to an individual who has attained nirvana and achieved total spiritual enlightenment.

Oftentimes, Buddha refers to a representation of the Buddha, in the form of a statue or other image.

Buddha was first used in 1681, according to Merriam-Webster’s.

Though Buddha was originally known as Siddhartha Gautama, this generally isn’t used to replace Buddha. In some cases, the following names are sometimes used:

Outside Examples of Buddha

Buddha refers to the prince Siddartha Gautama, the founder of Buddhism, and to one who has achieved ultimate enlightenment according to Buddhist principles.

It may also refer to representations of Buddha. Being a proper noun, it has no synonyms.