This epic poem’s story takes place during the Bronze Age, a time of great innovation in regard to labor, tools, and intellectualism. This era took place towards the end of the 11th century into the beginning of the 12th century, so the story takes place sometime within this timespan.

The overall idea that came out of the Bronze Age, culturally, is that humans were making great strides and progresses that elevated them from their previous condition. In literature, this is reflected in how humans interact with the gods. As is the case for Odysseus, he would not have been in the trouble he was in without intervention on behalf of the gods—but he also would not have returned home without their intervention. This collaboration hints that the human experience overall is somewhat godlier than it was before, paving the way for hero characters such as Odysseus to be even more compelling for audiences.

The story has several motifs that uphold this idea that the human experience is in an elevated position. Some examples include characters in disguise, storytelling traditions, and temptress characters.

Each of these motifs work to uphold certain thematic elements that speak to human beings’ abilities to preserve their own honor, to never stop working to create an honorable existence, to withstand the temptations that come along with lesser human experiences, etc.

Symbolism in The Odyssey 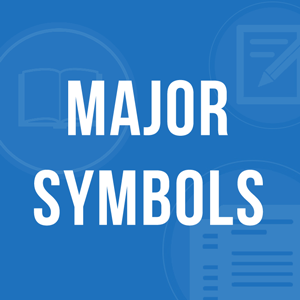 Here’s a list of major symbols in Homer’s Odyssey.

Food and feasts – Although in the cultures explored in The Odyssey having a feast is sign of hospitality, thanksgiving, respect, etc., there are actually many negative associations with food that speak to the lower aspects of the human condition.

Eating certain foods can actually speak to giving into temptation, which is beneath this ideal of the elevated human experience that comes from the innovations of the Bronze Age. A great example of this is that the suitors who are threatening Odysseus’s palace and his honor are portrayed as constantly eating. They are examples of humans who have not risen above common pitfalls such as gluttony, greed, barbarism, etc. As a result, nothing works out for them in the end.

Odysseus, however, who has learned how to withstand temptations and has elevated him to this new ideal is able to conquer.

Odysseus’s bow – When Penelope uses her cunning to devise a challenge involving Odysseus’s great bow, she is helping her husband to overcome the obstacles that are left before he can resume his rightful role as head of the family.

Knowing that only Odysseus can string his bow, she promises to marry whoever can string the bow and shoot it correctly. When none of the raucous suitors are able to perform correctly and Odysseus is able to kill all the offenders in his home, this is a symbol for the triumph of good over evil.

Heroes will always be able to conquer villains if they live the heroic life and assume the heroic ideals.

Characterizations of temptation – Throughout the story, temptation comes out in various forms. As mentioned before, food can be a big tempter for humans. They may give in to hunger or greed and take some form of food that isn’t theirs. This, of course, leads to punishment from the gods.

Temptation exists in the form of temptresses, as well. When characters are able to withstand these forms of temptation, they usually wind up receiving some kind of favor or reward from the gods.

However, when they give up, they wind up punished. This reinforces the idea that humans are trending towards a more elevated condition. Those who cannot keep up with this trend are punished and get weeded out.