The Odyssey is an epic poem written by the celebrated Greek poet in approximately 700 B.C. The companion poem to The Odyssey is The Iliad which was published around 750 B.C. This work follows the brave and famed hero, Odysseus, who is trapped far away from his family with the nymph Calypso.

Held hostage out of obsessive love, Odysseus is unable to return home to his family in Ithaca. In his absence, a team of suitors take up residence at his palace and attempt to court his wife and murder his son, usurping Odysseus’s rulership. However, the gods and goddesses of Mount Olympus intervene on his behalf and after a series of trials and grand adventures, he is able to return home and restore order.

Published Date: Unknown, but estimated to be written around the year 700 B.C.

Setting: Greece during what is known as the Bronze Age, twelfth/thirteenth century B.C.

Antagonist: Many monsters and evil forces threaten Odysseus’s journey back home. A mob of evil suitors waits for him at home, pillaging his palace and trying to court his wife and murder his son.

Exposition: It has been 10 years since the fall of Troy and the people of Ithaca are still awaiting the return of their hero, Odysseus. A mob of suitors have overrun his palace and are courting his wife, Penelope. However, she does everything she can to remain faithful to her husband, believing he will return, despite their plots to take control of Odysseus’s kingdom by any means necessary.

Conflict: Odysseus has to get home to get rid of the suitors who are trying to win over his wife and take control of his kingdom. His son, Telemachus, is faced with the need to mature early to protect his family’s honor and to secure his place as ruler of Ithaca should his father not return home.

Plot: Chronological, jumping between Odysseus’s current location and his home in Ithaca

Climax: The beggar in the palace reveals his identity as Odysseus in Book 22.

Literary Significance of The Odyssey

Although it has been about 3,000 years since Homer wrote The Odyssey and The Iliad, they are still some of the most widely read pieces of literature to date. This alone has made these works exceptionally valuable pieces of literary study. However, there’s more to it than just the fact that they’ve survived in popularity for so long. For example, the poems uphold and enhance the oral storytelling tradition. Although Homer is given credit for writing both poems in full, it is entirely likely that much of what he transcribed into his poems originated from popular oral storytelling habits.

Furthermore, audiences of all ages throughout the millennia have enjoyed stories in which brave heroes face insurmountable challenges and then preserve. The thematic elements of The Odyssey speak to the triumph of good over evil and that even a human man can withstand temptations and persevere until he is reunited with what is important to him. This speaks to the boldness of the human spirit, which is always a winning idea in literature. Historically speaking, the poem also conveys a nice peak at the values that were important to ancient Greeks. 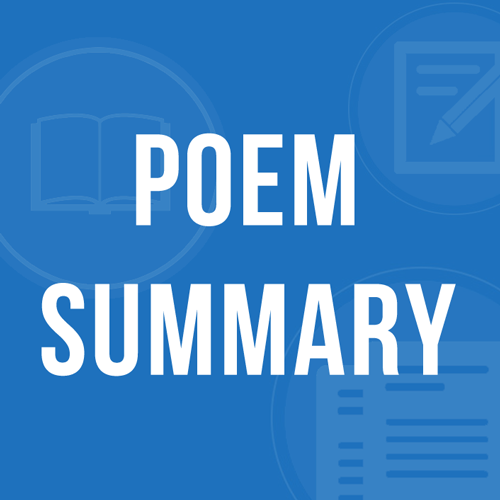 What is The Odyssey About? As the poem opens, it is revealed that the great hero Odysseus has been missing for 10 years. In his absence, a group of suitors have taken over his palace and are attempting to court his wife, Penelope, and even are creating plots to kill his son, Telemachus. Their goal is to take control of his kingdom. The mastermind of the plot to kill Telemachus is called Antinous.

However, Odysseus is still alive and is being kept from returning home by the nymph Calypso. She has fallen into an obsessive love for the brave hero and is keeping him captive on her island, Ogygia. Although he wants to return home to his family, he has no way to take on the journey, being utterly alone and without a crew to help him sail.

While Odysseus is held captive, the gods and goddesses of Mount Olympus are debating his fate. His strongest supporter in Mount Olympus is the goddess Athena. She decides she will take the charge to protect his son, Telemachus. She arrives to Odysseus’s palace disguised as a friend of Telemachus’ grandfather, Laertes. She convinces Telemachus to call an assembly during which he will condemn the mob of suitors. Afterwards, he is convinced to embark on a journey to appeal to some powerful friends of Odysseus, the kings Pylos and Menelaus, of Pylos and Sparta. Through his travels, he learns that Odysseus is alive and well, but trapped on Ogygia. While Telemachus returns home, Antinous and the other suitors are preparing to ambush and kill him as he returns to port in Ithaca.

Meanwhile, on Mount Olympus, Zeus has decided to send Hermes to rescue Odysseus from Ogygia. When Hermes arrives, he is able to convince Calypso to let Odysseus leave. But first, Odysseus has to build his own ship to travel on. Full of homesickness and eager to return home, Odysseus soon encounters the angry god of the sea, Poseidon, who sets a fierce storm upon Odysseus to prevent him from getting home. The god of the sea has been holding a grudge against Odysseus for a long time, ever since the hero blinded his son—the cyclops Polyphemus. Athena intervenes and redirects Odysseus to Scheria, where the king and queen of the Phaeacians are excited to meet the famed hero and promise to provide safe passage back home if he will tell them about his travels first.

He spends the night telling them of his travels and all the interesting creatures and foes he met along the way. When he finishes, they make good on their promise and deliver him safely home. For safety, Athena has disguised him as a lowly beggar upon his arrival. His old friend Eumaeus receives him warmly, unaware of his true identity. Before long, he encounters his son and reveals his true identity to him. Telemachus was able to survive the ambush of the suitors and the two work together to plan a massacre of the suitors and regain control of the palace.

The next day, Odysseus shows up at the palace, still disguised as the beggar. Although he is mocked and abused by most of the people present in the palace, his wife, Penelope, takes interest in him and suspects he may be more than what he seems. Picking up on the fact that this beggar may be her husband in disguise, she decides to organize an archery contest the following day. She promises to marry any man who is able to string Odysseus’s bow and accurately shoot an arrow through a row of twelve axes. During the contest, none of the suitors are able to make this happen. Odysseus takes up the task, still under disguise. He turns his bow on the suitors and Telemachus leaps into action and together they kill each suitor.

After this is accomplished, Odysseus reveals his identity to who is left at the palace. He is able to reunite with his wife, and then he visits his father, Laertes. The family members come to attack them, consumed with thoughts of vengeance. Laertes, however, is so overjoyed at his son’s return that he musters the energy to fend off the attackers. Once again, Athena arrives to restore peace after these long trials. Finally, Odysseus is able to control full power of his kingdom once more and to be peacefully reunited with his family.