The epic poem The Odyssey follows Odysseus, a character representing the classic hero archetype. Since he is a larger-than-life hero, he faces many larger-than-life obstacles along his journeys. Because of this, there is no one true protagonist in the poem.

Instead, there are the evil monsters, vengeful gods, and malicious forces that he encounters. At the center of this in The Odyssey is Odysseus’s desire to return back home, where a mob of evil suitors are trying to seduce his wife and overrun his home. To protect his family legacy, he must overcome several obstacles to return home and reclaim his position as head of the family. 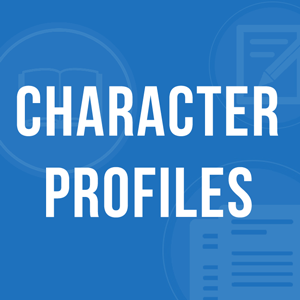 Who are the main characters in The Odyssey?

Hero of the Odyssey – The protagonist, a Greek war hero. He has the classic hero attributes of being brave and strong, but he also is known for his vast cunning. When he can’t fight his way out of a situation, he is able to think his way out of it. The goddess Athena favors him, and often will intervene on his behalf.

Telemachus – Odysseus’s son and prince to his palace. Although he was just a baby when Odysseus left to fight at Troy, he has grown up feeling connected to his father and the honor he created for their family. He knows that his job is to protect his family’s honor and his father’s name. Telemachus’s maturation into a protector is a subplot to the epic’s storyline and is important to his relationship with his father upon Odysseus’s return home.

Penelope – Odysseus’s wife. She remains loyal to her husband while he is missing and does her best to protect her home and her family’s honor. She is clever and represents the ideal woman in this time.

Athena – Goddess of wisdom and daughter of Zeus. She admires Odysseus’s ability to withstand temptations even when his men cannot, so she works to intervene on his behalf when he needs help on his journey to return home. She appears amongst the mortals disguised as a lowly beggar and will assist people based on the virtue she experiences in them.

Zeus – King of the gods. He weighs the pros and cons of helping the humans but will often give in and do so.

Poseidon – God of the sea, he holds a bitter grudge against Odysseus for blinding his son, a cyclops. He is the only antagonist that is a god—the rest are all mortal antagonists. Poseidon actively works to hamper Odysseus’s efforts to get home.

Calypso – The nymph who falls into an obsessive love with Odysseus and holds him captive for a long time on her island. It’s not until Zeus sends Hermes to speak with her that she will agree to let him leave.

Who is Antinous in the Odyssey? – The most boastful suitor trying to win over Penelope in Odysseus’s absence. He also leads a campaign to murder Telemachus and secure his position as the potential ruler of Odysseus’s palace.

Eurymachus – One of the disruptive suitors.

Amphinomus – One of the suitors, but the most respectful of the bunch. He genuinely feels attracted to her and will often defend Odysseus’s and Telemachus’s honor. Still, he winds up killed with the rest of the suitors when Odysseus returns.

Eumaeus – The loyal shepherd who helps Odysseus when he comes home but assumes a disguise while he makes plans to resume his rightful place. The shepherd sees a figure in need and helps out of kindness, even though he doesn’t know the person he’s helping is actually Odysseus.

Eurycleia – The elderly servant who helps Telemachus as he prepares for his journey to find out more about his father’s absence.

Melanthius – A cruel villager who supports the suitors and bashes Odysseus’s honor.