Main Themes of A Tale of Two Cities

The key element of this story’s setting is that is takes place during the French Revolution. At the beginning of the novel, the social unrest is not much more than a rumbling, but it grows to a crescendo with the storming of the Bastille and the overthrow of France’s aristocracy. The action is split between England and Paris. The intensity of the story’s action takes place in turbulent Paris, whereas England represents a more peaceful and normal way of life. Due to his lineage, Charles Darnay is inevitably swept up in the drama of the French Revolution with no real way out.

This novel has several motifs that add to the overall thematic elements of the story. The motifs speak to the turbulent nature of this time and how harsh reality can feel during war times. Motifs include doubles, shadows and darkness, and imprisonment. These are all dark topics that speak to the violence and destruction that comes along with revolution. Even before the revolution fully ramped up, the novel presents the duality beginning to blossom in all walks of society. The introductory sentence, “It was the best of times, it was the worst of times…” is a classic example of how life can be moving along great for some people and terribly for others. At some point, a struggle will result to achieve balance. For some, this will be a devastating experience—even for innocent individuals. 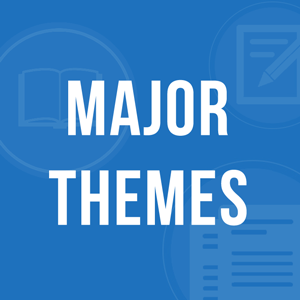 Here are the major themes in A Tale of Two Cities.

The Ripple Effect of Sacrifices

During a revolution, sacrifices are inevitable. Instances of happiness are only able to happen because of a sacrifice. This is true both on a political level and a personal one as well. The revolutionaries made sacrifices—in order for the aristocracy to be overthrown in hopes of an egalitarian future, the revolutionaries had to pay a price. They lost loves, social connections, loyalties, etc. for the hope of a better future.

Carton’s selfless sacrifice to die in Darnay’s place opened the door for Darnay, Lucie, Doctor Manette, and the children to all live a normal life back in England. His choice to die ensures their rebirth, in a sense, because they are able to start anew.

Furthermore, Carton feels reborn right before his death, too, because he finally feels that his life has the purpose he always longed for.

Violence and Oppression at the Hands of Revolutions

While it’s easy to take a stand one way or another on the matter of the French Revolution according to personal ideologies, Dickens remains someone ambivalent. He shows the darkness that exists on both sides.

Overall, one could conclude that Dickens supports the French Revolution, but he also does not hold back in pointing out some of the hypocrisies and evils committed by revolutionaries.

At the end of the day, the revolution could not have happened if revolutionaries didn’t fight the oppression they faced with violence and oppression against their adversaries. His descriptions of the mobs killing the upper-class in the streets are suspicious and negative, showing the dirty details of what this might have looked like in reality, rather than painting it as a glorious triumph. The characters of the Evrémonde brothers, on the other hand, show how cruel and despicable the French leaders were.

The Promise of Resurrection

The idea of resurrection is present both in a political sense and a personal sense in this novel. For example, Carton’s decision to go to the guillotine in place of Darnay secures a future for Darnay and Lucie’s family. In this act, he becomes something of a hero and in death is able to ascend beyond the limitations he imposed upon himself in life through drinking and negative choices. His death gives meaning and purpose to Darnay and Lucie’s futures.

The very end of the novel suggests that Carton will be reborn in the hearts of those he died to save—a very Christ-like ideal. Zoom out on a more social and political level, the same idea holds true. The destruction of the old ways in France give way for the country to be reborn under more democratic systems. A beautiful and renewed Paris is promised in the ashes of the destroyed city.

Finally, this can be examined through the character of Doctor Manette. His eighteen-year prison sentence in the Bastille symbolizes death at the hands of the oppressors. However, he is reborn when he is saved by the revolutionaries and given a new shot at life. His individual experience shows what will happen in France, as well.