A Tale of Two Cities – Introduction

A Tale of Two Cities is one of Charles Dickens’s most well-known works. The novel tells the struggles caused by the French Revolution and the dangers that come with blanket persecutions of people for their connections rather than for their deeds.

Although the protagonist and main character Charles Darnay is connected to the French aristocracy by blood, he has renounced all connection to the family and sympathizes with the oppressed citizens of France. However, some revolutionaries are unable to see past his lineage and he is doomed to suffer for the crimes of his ancestors despite his life’s actions.

Major Thematic Elements: The ripple effect of sacrifice; Violence and oppression at the hands of revolutionaries; The promise of resurrection

Exposition: The novel opens in 1775 and England and France are both suffering from social unrest.

Conflict: Madame Defarge is seeking revenge against Darnay while others strive to keep him protected from the guillotine.

Plot: Jumps through time in a forward-moving fashion.

Climax: In court, a letter is read aloud indicting Darnay as a member of a cruel aristocratic lineage—cementing the concept that Darnay may have to die or else his oppressor, Madame Defarge will.

Literary Significance of A Tale of Two Cities

In the novel’s Prologue, Dickens explains how he got the inspiration for this story. He had recently stared in a Wilkie Collins play called The Frozen Deep in which Dickens played the part of a man who had sacrificed his own life so that his rival could have the woman they both loved. This inspired the love triangle in the novel between Charles Darnay, Lucie, and Sydney Carton. The real-life inspiration that contributed to this is part of what makes the events of this story so emotionally strong. The idea of redemption through death giving others an opportunity to start anew, creating endless sympathy for all characters involved. Set against a war-filled social backdrop, this only adds to the crescendo of emotion and catharsis.

Furthermore, being a work of historical fiction, the novel provides a look into what life was like during the French Revolution. Any individual connected to the aristocracy was seen to be worthy of execution so that the French lower class could rise out of oppression. This brutal time in French history did not allow any exceptions, creating a dire time for all of the French population. Having a compelling story that also visits this time in history is valuable to study and adds an enormous contribution to the English literary canon. 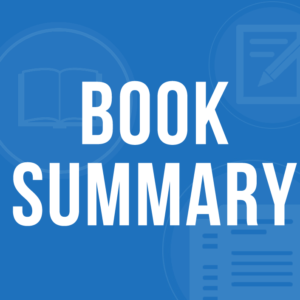 The novel opens in the year 1775 during exceptional social unrest in both England and France. A man named Jerry Cruncher, who is working for Tellson’s Bank, intercepts the mail coach with a message for Jarvis Lorry. The message simply reads “Wait at Dover for Mam’selle.” Lorry tells Jerry to return to the bank with the message, “Recalled to Life.”

Once Lorry arrives at Dover, he finds Lucie Manette, a young orphan whose father is supposed dead. However, he has been discovered in France. Lorry is to escort Lucie to Paris. When they get there, they meet Defarge, who has been keeping Lucie’s father, Doctor Manette, safe. He had spent eighteen years in the Bastille and has gone mad. All he wants to do anymore is make shoes. Lorrie reassures Lucie that her love for her father will bring him back to sanity.

As Book the Second opens, the year is now 1780. A well-bred young man named Charles Darnay stands trial for treason—his charges include having divulged secret information to the kind of France. His lawyer, Stryver, pleads his case. His drunken colleague, Sydney Carton, assists and the court acquits Darnay. Lucie and Doctor Manette are there to act as witnesses against Darnay. After the trial, Darnay and Carton go to a tavern, where Carton reveals his disdain for his defendant since Darnay serves as a reminder of what Carton has given up in life—he feels disconnected from what he truly wants to be.

In France, the Marquis Evrémonde runs over a poor child with his carriage. Completely unphased about the suffering of the lower class at his hands, he carries on his way to await the arrival of his nephew, Darnay. When Darnay arrives, he tells his uncle that he plans to denounce his title and property that he is set to inherit from his uncle. Later that night, the Marquis is murdered by a knife through his heart by revolutionaries.

A year later, Darnay is working as a teacher in London. He has joined the many suitors vying for Lucie’s hand in marriage and confesses his love for her to Doctor Manette. In an effort to fully win over the trust of Doctor Manette, he tries to reveal his true identity as part of the Evrémonde lineage. However, Manette stops him and tells him to only do so if he is successful in winning over Lucie. Meanwhile, Carton has also confessed his love for Lucie, telling her that although he isn’t worth much, she helps him dream of a better life.

In Paris, an English spy stops into Defarge’s wine shop, looking for evidence in regard to the burgeoning revolution. Madame Degarge is there knitting a secret registry of individuals who are being pegged for execution by revolutionaries. The spy, knowing that Defarge used to work as Doctor Manette’s servent, reveals that his daughter, Lucie is set to marry Darnay—the nephew of the murdered Marquis. Madame Defarge stiches Darnay’s name into her work.

Back in London, the day of Darnay and Lucie’s wedding has arrived, and Darnay intends to keep his promise to Manette. He reveals his true identity and Manette starts to slip into old patterns of madness. He soon regains composure and joins his daughter and her new husband on their honeymoon. When they return, Carton makes peace with Darnay, who assumes Carton that he will always be welcome in their home. Years go by and Darnay and Lucie along with her father lead a relatively peaceful life. Lucie gives birth to two children, one of whom dies young. As the years pass, the social and political turbulence grows.

In 1789, the peasants storm the Bastille in Paris and the French Revolution officially begins. Aristocrats are murdered in the streets. Gabelle, the man upkeeping the Evrémonde estate is imprisoned. After three years have passed, he writes to Darnay begging to be rescued. Darnay decides to travel to France, despite the great personal risk he faces.

When Darnay arrives in Paris at the start of Book the Third, he is arrested. Lucie and Doctor Manette travel to France to attempt to rescue him. He sits in prison for over a year awaiting trial. Manette has considerable influence over the revolutionaries and uses this to Darnay’s advantage. Darnay is acquitted, only to be immediately arrested later that same night. His charges have come from Defarge and his vengeful wife, who despises his lineage tying him to the cruel Evrémonde family. Carton travels to Paris to aid in the fight to rescue Darnay.

When Darnay goes to trial, Defarge produces a letter that he discovered in Manette’s jail cell, which explains why Manette was imprisoned. Many years ago, the Evrémonde brothers (Darnay’s father and uncle) asked for Manette’s medical services tending to a young woman one of the brothers had raped and her brother, who had been stabbed by the perpetrator. Out of fear that Manette might report their crime, they then had him arrested. When the jury hears the contents of this letter, they are outraged at Darnay for being related to such heinous individuals. They sentence him to death within the next 24 hours.

Later that night, Carton is visiting the Defarge wine shop and overhears Madame Defarge plotting to have Lucie and her daughter executed with Darnay. It is revealed that Madame Defarge is the surviving family member of the man and woman who were the victims of the Evrémonde brothers’ crime. Carton has the Manettes immediately depart from France and tricks Darnay into switching clothes with him. Disguised as Carton, Darnay is able to escape with his family. Sydney Carton is executed under disguise as Darnay. When he dies, he feels fulfilled for finally having brought some meaning to his life.