A Tale of Two Cities follows several characters as they navigate the chaos and turbulence that is the French Revolution. Charles Darnay, the novel’s protagonist, is connected by family lineage to aristocrats known for their cruel treatment of French peasants.

When the revolution reaches its crescendo, Darnay is sentenced to death to pay for the crimes of his ancestors, even though he has renounced his family name and in no way supports their cruel actions. The mastermind behind Darnay’s pursuit is the vengeful Madame Defarge, who had family members killed and brutalized directly at the hands of Darnay’s father and uncle.

This whole crisis highlights the brutality of the French Revolution and how even the revolutionaries who were fighting for a more egalitarian French leadership could be ruthless and violent like their oppressors.

A Tale of Two Cities Characters

Who are the main characters in A Tale of Two Cities? 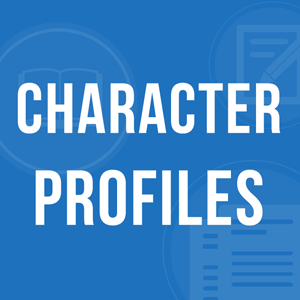 Charles Darnay – The novel’s protagonist. He is a French aristocrat by birth, of the Evrémonde family, but chooses to renounce his family inheritance any ties to its name and instead live as a teacher in England. He is virtuous and honest, even choose to admit his true identity to his father-in-law, who suffered at the hands of his family members for many years.

Furthermore, he shows his virtue when he travels back to Paris at great personal risk to attempt to rescue an imprisoned servant who worked for his family.

Lucie Manette – Raised as an orphan, she is a woman of great compassion and empathy. When her father, presumed dead for eighteen years, is discovered as a rescued prisoner of the Bastille in Paris, she brings him out of the madness he suffered as a result of his prison sentence. Lucie marries Darnay and even travels to France to attempt to rescue him when he is imprisoned trying to rescue his old servant.

Doctor Manette – Lucie’s father imprisoned in the Bastille for eighteen years by the Evrémonde family out of fear that he would reveal their dark secrets. He is a kind and loving father who values his daughter above anything else.

Sydney Carton – An alcoholic attorney who defends Darnay when he faces charges of treason. He is a hopeless man, but when he meets Lucie, he feels a call to reform himself out of love for her. He redeems himself at the end of the novel when he goes to the guillotine in Darnay’s place, allowing Darnay and Lucie to escape back to England and live out the rest of their lives together. He is the novel’s great symbol of redemption.

Madame Defarge – A ruthless revolutionary who sees her husband’s sympathy as a weakness. She is the novel’s antagonist.

Marquis Evrémonde – Darnay’s uncle, he is an unusually cruel individual, a member of the French aristocracy. He shows absolutely no sympathy towards the peasants and working class of Paris. He symbolizes the corruption and coldness of the ruling class in France.

Miss Pross – The defensive and caring servant who raised Lucie. She is fiercely loyal and protective of Lucie and serves as a foil to Madame Defarge, in the end being the one to cause Madame Defarge’s death.

Jarvis Lorry – A businessman working for Tellson’s Bank. He becomes a friend of Lucie’s and Doctor Manette because of his honesty and kindness.

Jerry Cruncher – An odd-job man working for Tellson’s Bank. He also works as a “resurrection man” digging up bodies and selling them to scientists.

Mr. Stryver – An ambitious lawyer working for Darnay in the beginning of the novel. He dreams of climbing the social ladder.

Gabelle – The Evrémonde servant who is arrested during the revolution. He writes Darnay asking for help.