Home » The Writer’s Dictionary » What is the Past Perfect Tense? Definition, Examples of English Tenses

What is the Past Perfect Tense?

Because the past perfect is a part of the “perfect” tense, it expresses completed actions. That is, the action that started in the past is finished, or complete.

To form the past perfect: 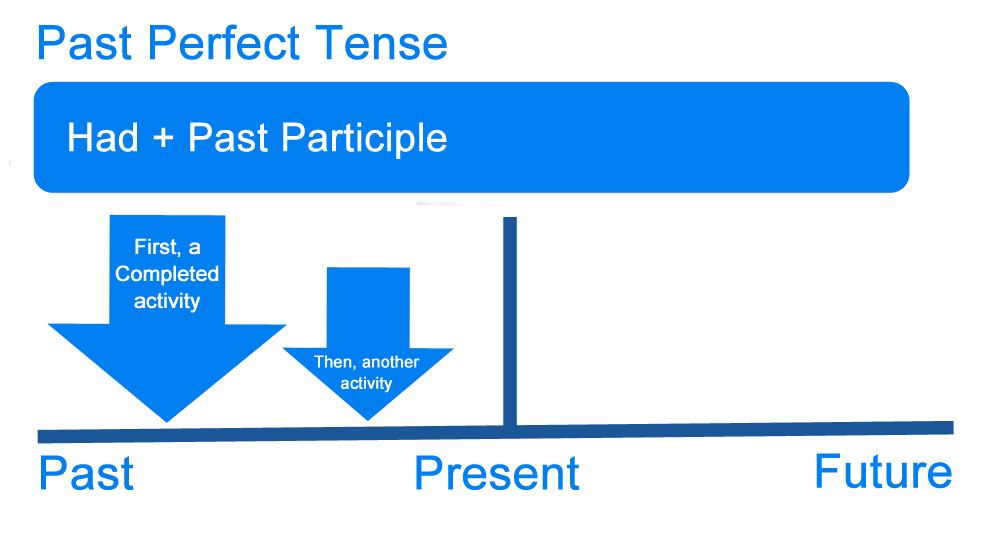 The past perfect tense is used to express a few different things.

The past perfect is used to express:

What is it Used For?

Let’s look at some additional past perfect tense example to fully understand its many uses.

For actions completed before another begins (both in past):

For actions of duration before something in the past:

These examples indicate that the action began and ended in the past. Additional, the event also lasted for a period of time (duration) but has now ended.

These examples indicate speech that occurred in the past. Each of these actions is finished, or complete. It is possible that they occurred more than once or over a period of time.

For showing dissatisfaction with the past:

These examples indicate an event that did not happen actually happen. The speaker shows dissatisfaction with his decision (not stated in the sentence) and states the action he wishes had occurred.

There are two other primary perfect tenses: the present perfect and the future perfect.

To form the present perfect:

The present perfect is used to express:

To form the future perfect:

The future perfect is used to express:

In summary, the past perfect tense is a verb from to express completed actions such as: